In 2017 a survey was conducted of plotholders to find out what members of the Association were growing on their plots in the centenary year in the hope that this would allow us to make comparisons over time.

Some of the very practical reasons for the choice of crops emerged:

There were a number of reasons or motives for growing flowers:

There are not many surprises in the vegetable top ten. Root crops like potatoes, beetroots, and carrots, are old favourites. During the 1920s and 1930s evidence from the Association’s archives reveals men digging potatoes and seed potatoes being made available to the unemployed to plant. During WW2 the committee also advised plot-holders that they should grow more root crops, including carrots, and also recommended onions as being ‘especially valuable’. Three quarters of plot-holders in 2017 (76%) also grew potatoes. 57% grew beetroot and 41% carrots. Onions are also very popular: 61% of plot-holders grew them.

The main changes from the early days of the allotments in 1917 are:

Both of these would seem to fall into the category of vegetables which are productive, low maintenance and reliable
Some vegetables which figured prominently in 1920s H&DAA displays seem to be out of favour or of minority interest are:

It maybe that these were always grown more for show rather than to eat.

Information about the varieties of the vegetables being grown was less commonly returned but points to more choice for growers in recent years and to a wide range of varieties being grown.

Onions: 9 white/brown varieties – Stuttgarter Giant (27%) is the most grown. Premier’ onions, impressively large onions, shown in a photograph from the 1930s on St. Agnes field, are a variety which is no longer grown on HDAA plots.

Leeks: Musselburgh is widely grown now as it was in in the 1930s

Some interesting and unusual vegetables were also being grown in 2017: 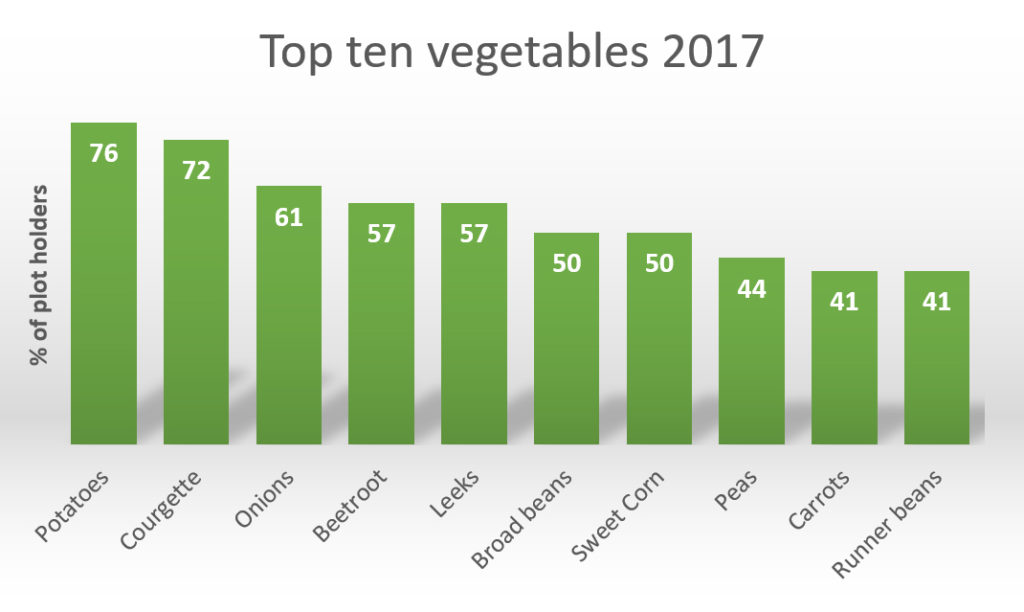 We know that from the early days of H&DAA allotments after WWI ended that growing fruit was very popular. In the 1927 Bristol Flower Show there were gooseberries, loganberries, raspberries, cooking apples and dessert apples all being shown. Members of the association won prizes in these competition. 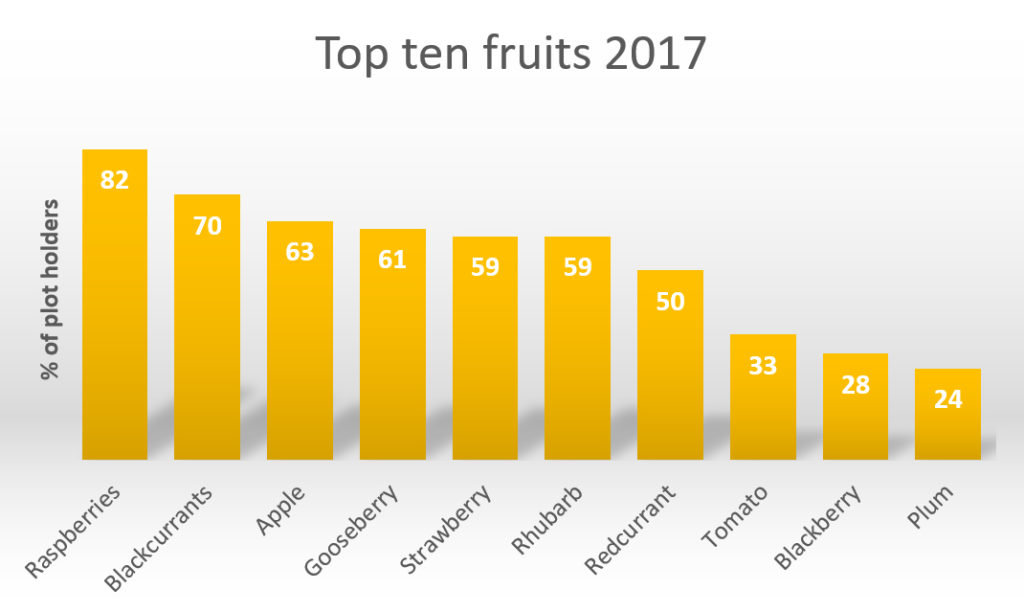 Allotments were officially defined as being for vegetables and fruit for the consumption of the plot-holders and their families. Flowers were obviously grown on allotments in the 1930s but were not seen as appropriate by the government for cultivation during the Second World War, when the emphasis was on food production.

The Committee encouraged plot-holders in 1940 to reduce the extent of their flower patch, though not to destroy favourite or rare specimens. But it seems that not everyone went along with this policy and were admonished three years later (1943) for continuing to grow them.

Flowers also appear in a photo from the early 1980s at the Avon County Allotment and Garden show.

87% of plot-holders had flowers on their allotments in 2017, with 3 being the most common number (mode) of varieties. The most popular were marigolds, nasturtiums, roses and sunflowers. Very few plot-holders grew a large number (more than 10 varieties) and only a very few saw their plots as providing a cutting garden for flowers. 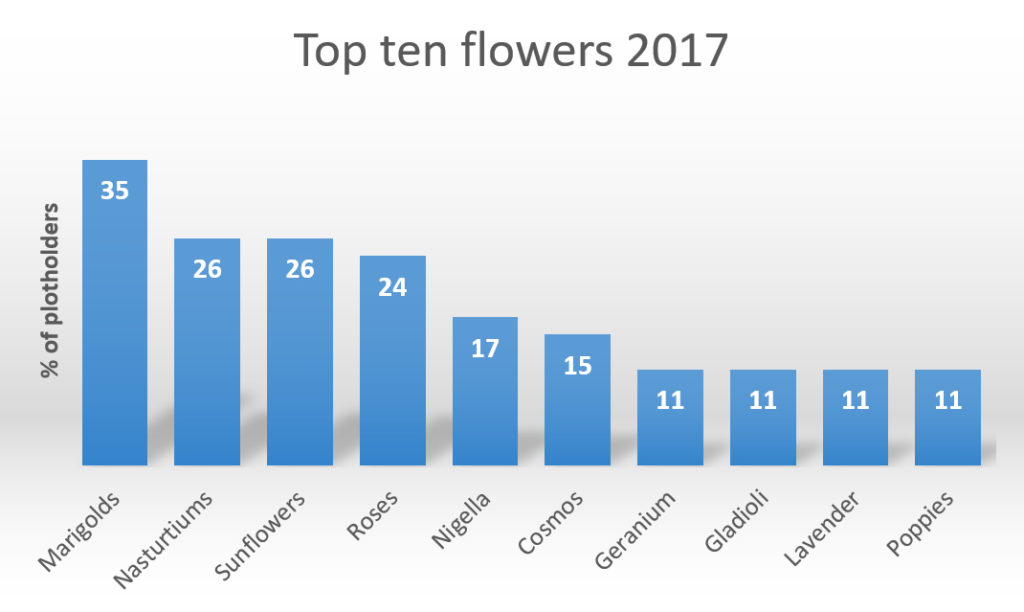 The picture which emerges from the 2017 survey and from the evidence we have (sparse as it is) about the use of plots in the past hundred years does not suggest that there has been a revolution down at the allotment. Despite a changing population of plot-holders and changing contexts over time, there has been significant continuity in the vegetables and fruits that have been grown, though evidence of some change and some broadening in the choice of varieties that are available. Flower growing on what we might call the ‘flower patch’ model seems to be the norm and there is, therefore, not much evidence that the ‘leisure garden’ model of allotments dating from the 1960s has had much impact on plot use, though we did not ask about the availability of parking spaces on plots!