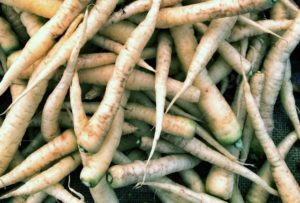 The much maligned parsnip comes into its own when roasted in the oven. In this roast parsnip recipe the oven roasting brings out the sweetness of the parsnip and creates a slightly caramelized outside. Delicious.

from ‘British and Irish Recipes’

This is a wonderful for all roasted meat dishes. While this is not my recipe it is exactly as I would have made these croquettes when I was at college. Totally delicious!